(484 products available)
All ResultsMumbaiDelhiPuneChennaiKolkataBengaluruHyderabadJaipurJalandharRajkot
✖
Loading...
By
inq_stage3...................
Thank You
Your requirement has been submitted
✖
View Supplier Number, It's Free 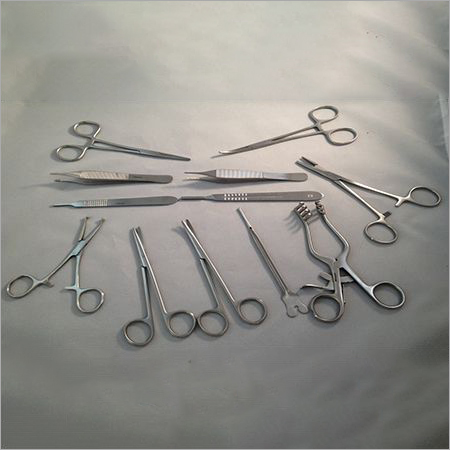 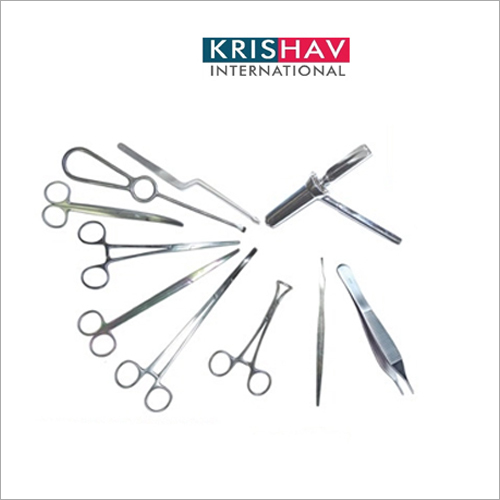 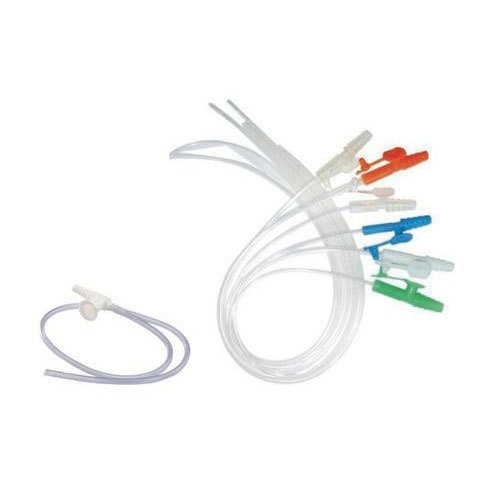 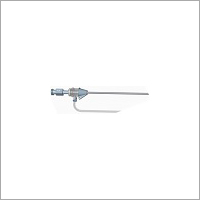 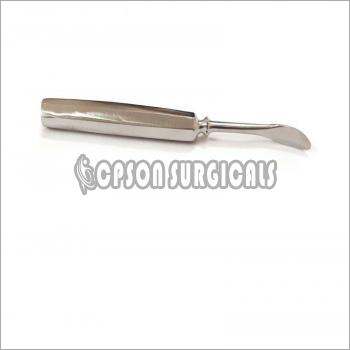 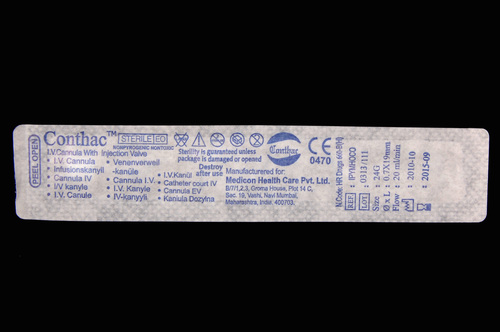 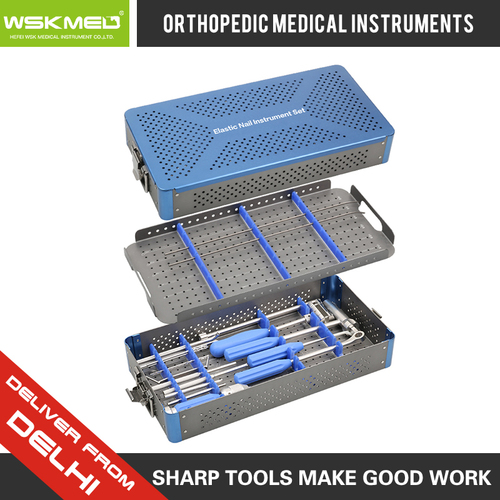 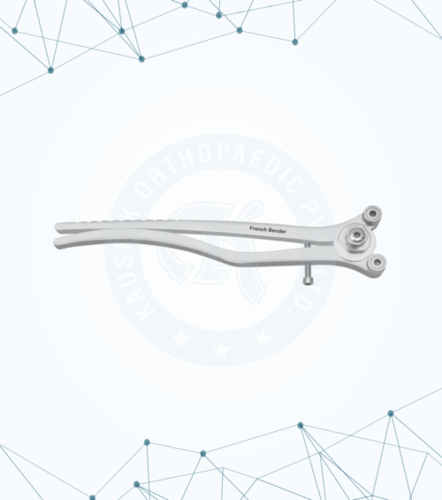 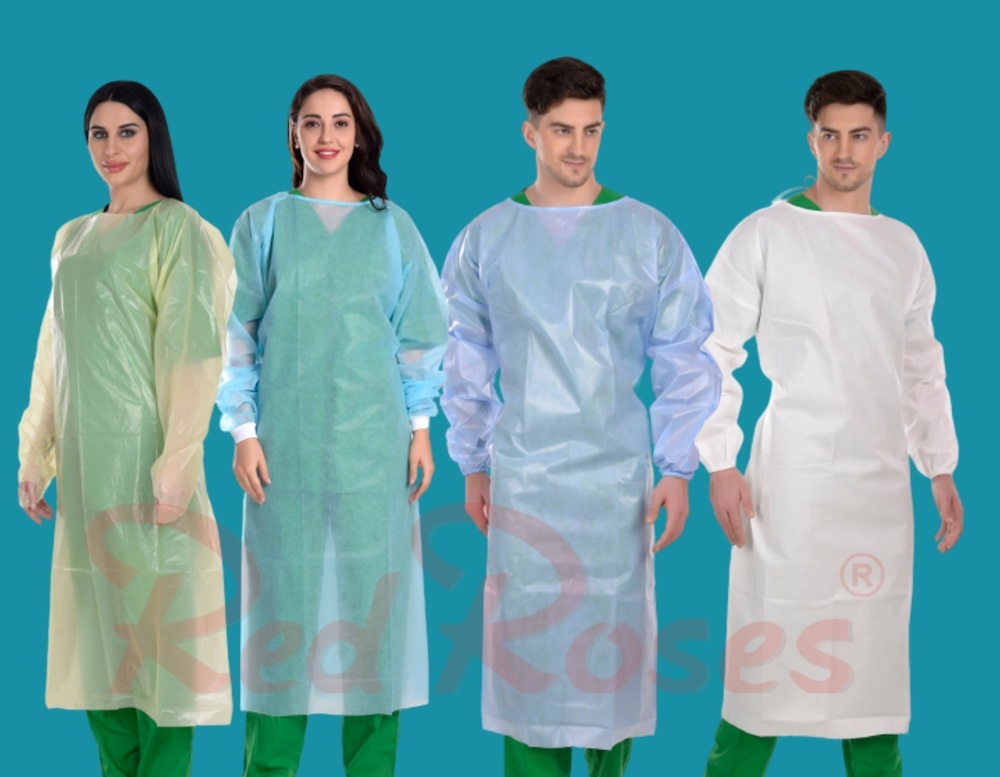 General Surgical Instruments
General Surgical Instruments include all those tools which are used in hospitals and healthcare centers by surgeons for conducting surgical procedures. Forceps, retractors, and Babcock's are some examples of surgical instruments which are used by surgeons to conduct surgeries on patients. The instruments are known for exemplary features, such as sturdy make, high resistance to carrion and rusting durability, and convenience of use.
Several tools are available during a surgical operation, each with its own set of applications and benefits (and disadvantages). Each operation is built on the foundation of general surgical equipment. While competence, accuracy, and continuity are significant aspects of the success of surgical procedures, the surgical tools used must also meet the same high standards.
Types of General Surgical Instruments
Allis - Allis forceps are surgical devices with teeth used to grab tough tissues (such as fascia).
Babcock - Babcock forceps are jawed devices having a smooth end that enables the holding of more sensitive tissues (such as the gut) in an atraumatic way.
Dunhill - Dunhill forceps are tiny with serrated curved edges that are useful to grab arteries before ligation.
Tissue Forceps Lane - Lane tissue forceps include interlocking teeth that enable them to grab thick tissues like fascia.
Littlewoods - Littlewood forceps feature blunt-ended teeth for grasping thick tissues like fascia. They are often helpful in getting access via the umbilicus for laparoscopic surgery.
Sawtell - Sawtell forceps are curved forceps with a serrated tip that is often helpful for grabbing vessels before ligation.
Spencer Wells - Spencer Wells forceps, which are available in curved and straight versions, may be used to clamp medium to large vessels preparatory to ligation.
Debakey forceps - Debakey forceps are non-toothed forceps that are helpful in several surgeries. They are handy for grasping tissues (such as the colon) without injuring them.
Lanes - Lane's forceps are toothed devices that employ in all surgical specialties for grabbing tissues (however not to be used to grasp bowel)
Gillies- Gillies forceps are small toothed forceps that are often helpful to grab skin (not to be used to grasp bowel)
Mayo - Mayo scissors are heavy scissors with semi-blunt tips often used to cut thick tissues or sutures, whether straight or curved.
McIndoe - McIndoe scissors, which feature a curved blade, are often used for cutting or dissecting tissues.
Retractors - Retractors of various sizes and lengths are available, including Langenbeck, Travers, Morris, and St Mark's retractors. Their use is known by the surgery and wound involved.
Langenbeck - The Langenbeck retractor is a hook-shaped retractor with an L-shaped end that helps hold back tissue or separate wound edges. They are available in small, medium, and big sizes, depending on the depth of the cavity needed.
Norwich and Norfolk - The Norfolk and Norwich retractor is a self-retaining retractor with blunt ends that keep deep wounds and cavities open and limit the danger of iatrogenic tissue harm.
Travers - The Travers retractor is a self-retaining retractor with short ends that is helpful to keep superficial wounds open.
If you are planning to buy General Surgical Instruments in the bulk quantity you can send your inquiries to us. We especially seek to connect with hospitals that require General Surgical Instruments in bulk numbers. Buyers may reach out to get the best deals here at the most attractive prices. Check out the details of the products and send us your orders.
FAQs:
What exactly are general surgical instruments?
Instruments for cutting and dissecting: Most common are scalpels, scissors, and saws. Elevators may be cutting as well as lifting/retracting. Despite the broad definition of dissection, energy devices like diathermy/cautery are often helpful as more contemporary alternatives.
What are the different types of surgical instruments?
Surgical tools classes are based on their purpose. They employ various tasks such as cutting, dissecting, holding, gripping, occluding, clamping, retracting, suturing, dilating, etc.
What is the purpose of a curette?
The operation is known as dilatation and curettage because a small metal instrument called a curette is used to scrape (rather than suction out) the contents of the uterus. Both evacuation and curettage may use in conjunction with dilatation until roughly the 16th week of pregnancy.
What exactly is a Kelly clamp?
Kelly hemostatic forceps are helpful to constrict blood arteries and secure hefty tissues. These forceps include a locking ratchet and broader finger rings for ease of use.

“We have recently associated with Tradeindia.com, This has helped us to expand our presence in global market. We look forward to a continual relationship with tradeindia.com and recommended to others, as one of the most organized B2B platform for branding of our products and services.

“ We are member of tradeindia from last one year and we are satisfy with service of tradeinda and specially Representative Mr Rakesh Sharma for his prompt services. We wish you all the best.

“ We have been associated with Infocom Network Ltd. for the last 6-7 year and we have got good response from Trade India and we appreciate with their services.

“ We are associated with tradeindia.com from last 6 months and received very good response in term of business inquiries. We are thankful to tradeindia.com for our product promotion and Mr. Rakesh Sharma for his services. We wish to continue our association and explore more business opportunities.

“Tradeindia.com is really a very good platform to promote the products which you manufacture and get it in to a vision of trade market, as we are a member of tradeindia since last 5 years and having a good business till the date.