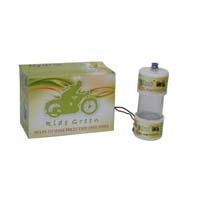 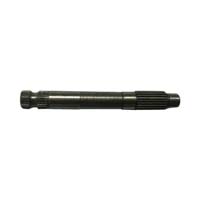 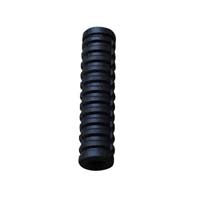 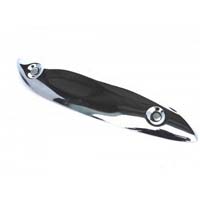 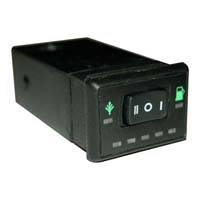 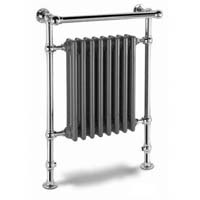 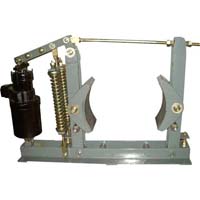 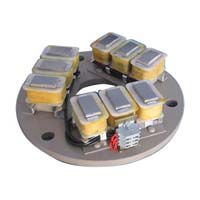 The health of the Indian economy can be gauged by looking at the auto industry, which is crucial to the country's overall growth and development on both a macro and micro level and to technological progress. Since a large proportion of India's population is under the age of 25, and the middle class is expanding there, two-wheelers are the market's primary volume driver.

Companies' increasing curiosity in opportunities in rural areas has also contributed to the industry's expansion. Demand for commercial vehicles is increasing due to the growth of the logistics and passenger transportation sectors.

The electrification of vehicles, especially three-wheelers and small passenger autos, is seen as a key development that will drive market expansion in the future.

It stands to reason that there would be a cooling system in your vehicle, given the amount of heat generated by the engine when driving. The radiator plays a significant role in this setup.

In addition to stopping the car, brakes can help keep it in place when it's parked. Disc or drum brakes are standard on most vehicles. Calipers, rotors, and brake pads are all components of a disc brake system. Brake drums and brake shoes make up a drum brake system.

Electricity is produced by the alternator. It converts the kinetic energy created by the car's motion into electrical energy, allowing the battery to remain charged at all times.

The battery in your automobile is responsible for many functions, one of the most crucial being generating the necessary energy for the engine to turn over when you turn the key.

It's only logical to begin with the engine, the most vital component hidden from view under the hood. Internal combustion engines, found in the vast majority of contemporary automobiles, produce energy by igniting a mixture of air and fuel that drives pistons, which in turn propels the vehicle.

Future of Automobile Industry in India

It's no exaggeration to say that the automobile industry in India is a major force behind the country's recent economic boom. It accounts for 49% of the GDP in India's manufacturing sector and 7.50% of the country's total GDP. In addition, the industry is directly or indirectly responsible for employing 36 million people. This number is projected to reach 65 million by 2026.

1. Future of Electric Vehicles in India

As per Union Minister Nitin Gadkari, by 2030, almost 70% of commercial vehicles, 40% of buses, 30% of cars, and 80% of two-wheelers will be electric. The Government of India has launched a number of programs, such as the National Electric Mobility Mission Plan (NEMMP) and the Faster Adoption and Manufacturing of Hybrid and Electric vehicle (FAME), to achieve the 2030 target.

Production of commercial automobiles in India has practically returned to levels seen before the outbreak. A younger, wealthier, and more aspirational consumer class in India bodes well for the country's automotive industry in the years and decades ahead. Think about the fact that today, people under the age of 30 make up roughly 65% of all new automobile purchases.

Compared to the first nine months of 2021, demand for luxury automobiles has up significantly so far in 2022. Sales of luxury vehicles increased by 32% compared to the same period in 2021, on the back of pent-up demand and increased consumer disposable income. Again, it's the young who are driving the market for expensive cars.

Even only 5 years ago, several features found in today's SUVs were unthinkable at their respective price ranges.

The introduction of electric vehicles and other alternative fuel sources in India's automotive sector has had far-reaching effects on the country's economy and environment.

In terms of crude oil imports, India is ranked #4 globally. Around 80% of its crude oil needs and 40% of its natural gas needs are met by imports. India has to convert to alternate energy sources so it can stop spending billions of dollars annually importing oil and natural gas in order to meet its soaring energy demands. India has been exploring nonconventional energy options due to rising pollution concerns and erratic costs for gasoline and diesel.

Several automakers have begun investing extensively in various sectors of the business in recent months in an effort to meet the rising demand. The Department of Industrial Policy and Promotion (DIPP) reports that between April 2000 and June 2017, the manufacturing sector attracted US$17.40 billion in FDI.

The Government of India has recently undertaken several noteworthy projects, including

How big is India's Automobile Industry?

More than 4 million automobiles are manufactured in India every year, making it the world's fourth-largest producer.

As a result of these factors, the India Automotive Market is anticipated to expand strongly over the coming years. From a revenue standpoint, this industry is crucial to the economy as a whole. Due to a large and young population, the two-wheeler market sector accounts for 80 percent of India's automobile sales. The expansion of the industry is being aided by the increased interest of corporations in penetrating the rural market.

Q. What are the Main Components of Automobiles?

Q. Which City is Automobile Capital of India?

Ans. Chennai is the capital city of Automobile in India.

Q. What are the 7 Engine Components?

Ans. Here are the 7 Engine Components

Q. Which City is Known as Automobile Capital of the World?

Ans. Detroit Michigan in the US is biggest city known as Automobile capital of the World.

Q. What type of Market is the Indian Automobile Industry?

Ans. Oligopolistic market is the type of the Indian Automobile Industry.